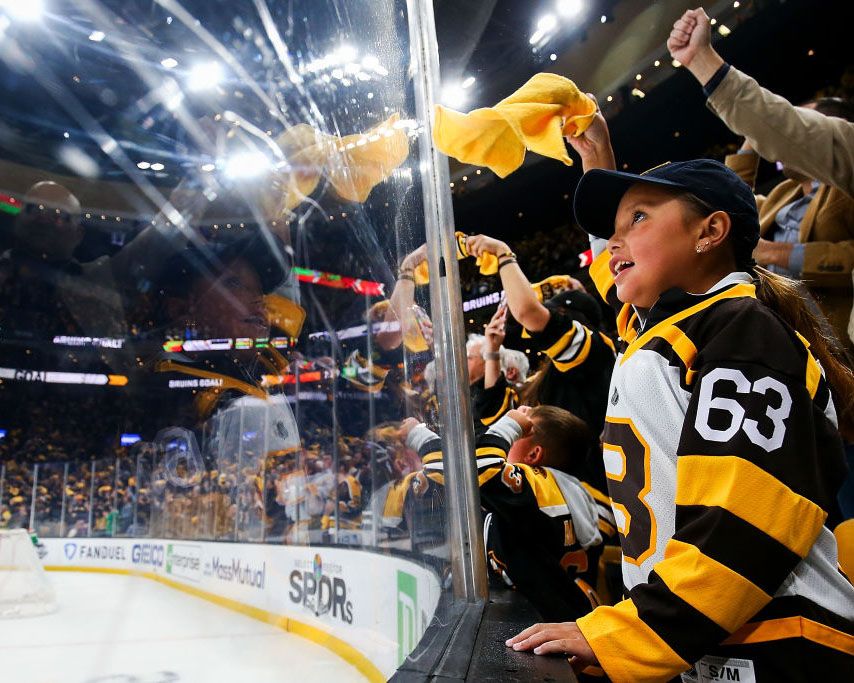 How the Boston Bruins Turn Audience Engagement into Consumer Insights

The Bruins’ digital engagement team turned the high audience engagement of the Stanley Cup Playoffs into an opportunity to collect consumer insights in a new and innovative way.

The Boston Bruins’ playoff run may not have ended as hoped, but their digital engagement team has plenty to celebrate.

Knowing it would usher in a period of particularly high audience engagement, they capitalized on the playoffs to test the use of interactive social content to collect declared data about their fanbase. With a combination of editorial content about the games themselves and questions about fans’ viewing habits, preferences, and more, the Bruins uncovered audience insights while also capturing fans’ attention and rewarding them with a fun and engaging experience.

Kelsey Ohman, Digital Engagement Manager, makes it clear that, as her title suggests, her top priority is creating an engaging experience for fans. Any other priority—gathering insights or anything else—can’t be at the expense of the fan experience.

“We didn’t just want to make a boring quiz that just asked a bunch of personal information and just felt like a survey,” she explains. “We wanted to give something that would be interesting as well.”

What does that look like in practice? Kelsey found her sweet spot with a combination of questions designed around audience engagement (“What was your favorite goal of the last game?”) and questions designed to uncover specific insights (“How did you get to the game—drive, take the train, or walk?”). By embedding what would traditionally be survey questions into an experience that is otherwise driven by entertainment, the Bruins make gathering fan insights an extension of the fan experience, rather than a disruption of it.

Kelsey rattles off a list of other questions she’s embedded within interactive content experiences: What concessions specials did you try or wish you’d tried? What was your favorite part of the game presentation—the LED wristbands or the opening video? Where did you spend your pregame—in the city, at a bar, or at the pregame concert at City Hall Plaza? Anything they’d like to learn about their audience is potentially on the table.

The Bruins’ engagement levels beat even their high expectations for the playoff season, averaging an 86 percent completion rate—far outpacing your average survey.

“These are things that we could ask in a survey, but I think we would get less engagement,” Kelsey says. “That would be something that would probably go through our email distribution, but this is a nice way to reach an audience we don’t normally ask questions to in that way, and to frame it as something engaging.”

Beyond the engaging nature of the content itself, the choice of channel for the content is a deliberate play for engagement too. “We posted these on our social channels,” Kelsey explains, “and I think that people come to social often to talk about the game, so they would naturally click over to share more of their thoughts about it.”

It’s also notable that the Bruins did not provide any incentive for answering questions—the incentive was the experience itself. Kelsey credits a combination of the strategic channel choice, strategic timing, and the interactivity of the content for their success: “I think it goes back to the fact that fans are looking for another outlet to talk about how great the game was, and I think they were curious. It was something they hadn’t seen before. We did see higher engagement with things like trivia, and we don’t normally produce content like that, so I think it was something fresh and interesting for people to engage with at a really exciting time for us.”

Plans for the Future

Kelsey and her team have been in a testing phase—and with the off-season finally upon them, they can review their initial findings and start planning for the 2019-2020 season.

“We thought it would be a good opportunity during playoffs when we know that people are highly engaged to test how various types of experiences would perform and how different types of content would perform,” she explains. “One thing we found was that historical trivia did really well. We did something around the anniversary of the Bobby Orr goal and put that on Facebook, which is more of an evergreen platform, and it performed really well, so that something we can make into a series next year around historical events.”

She also shares plans to dive into deeper audience segmentation, particularly identifying parents of hockey players in order to educate them about the Bruins’ youth hockey initiatives, and to experiment with contests and making partner content interactive.

“We’re still learning the different ways that we’ll be able to engage fans,” Kelsey shares. With audience engagement as their guiding star, the Bruins are on track to uncover valuable consumer insights through first-party declared data—all while enhancing the fan experience.